James Bond Wiki
ALL POSTS
This post is locked.

I've just rewatched Skyfall for the third time and ever since the first viewing I had a sneaking suspicion that M didn't really die in the end. It's just a theory, and it doesn't really change the story or the meaning of the movie too much, but I wanted to share and see if anyone else was thinking similarly. I have five points of evidence that I just can't shake.

When they first meet each other — about 30 minutes into the film —Bond and Mallory discuss Bond's "vacation". Although it's about the aging MI6 field agent, it (like the whole film) is a thinly veiled statement on the 50 year old James Bond film series. I think it also could be foreshadowing to M using death as an exit strategy:

"Why not stay dead? You have the perfect way out, go and live quietly somewhere. Not many field agents get to leave this cleanly. [...] You don't need to be an operative to see the obvious. It's a young man's game. Look, you've been seriously injured, there's no shame in saying you've lost a step. The only shame will be in not admitting it until it's too late."
― Gareth Mallory 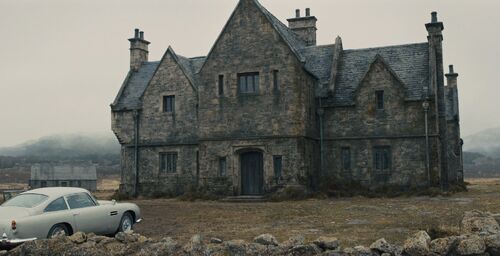 When showing M around the Lodge, Kincade shows M the secret tunnel and compliments the house. But his vocal cadence and facial expressions show that he's complimenting M as well:

"And like all great ladies she still has her secret ways."
― Kincade

"Secret ways" could be a nod that she's elusive — maybe even enough to fake her own death. 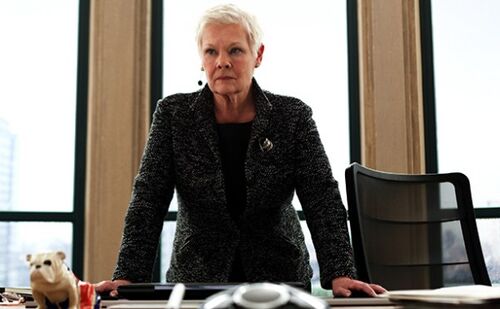 M's bulldog survived the gas explosion, even when it was highly unlikely it would have. If M were shot, maybe she was tough enough to survive?

4. The whole damn movie is about resurrection. 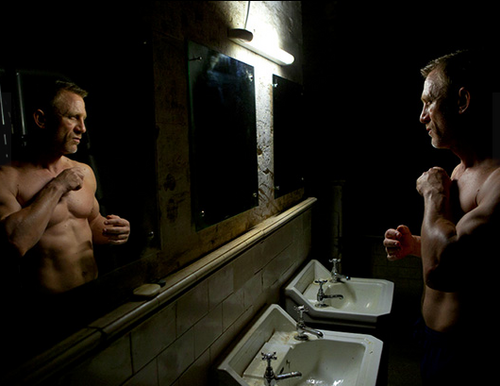 This is a broad statement, but the entire film is a way of proving the James Bond film franchise as relevant in 2012 cinema through the story of proving James Bond and MI6 are relavent in 2012 Britain. It looks like Bond has died in the beginning, but he was just taking a mental holiday. (Unless, of course, you agree with this interesting theory that Bond died in the first act and the rest of the film is a dream.)

Likewise, the James Bond film series has seemed dead several times over the past 50 years: the lull after Dalton and the lull after Quantum of Solace being two good examples. 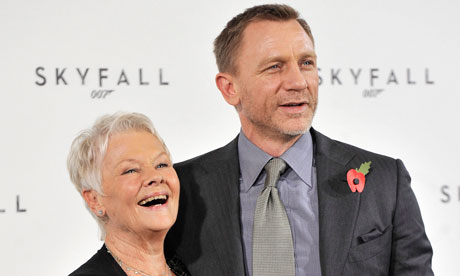 This one's pretty weak, but it bears considering. In 22 movies, M has never died. No main character has died. (with the exception of Felix Leiter in Licence to Kill).

I think it's equally as reasonable to think M/Bond/Kincade faked her death as it is to think that she actually died. Except...

...she looks pretty dead in her last scene. And it serves the story no purpose if she'd lived. If anything, it cheapens the emotional toll that Bond just experienced.

I appreciate that Mendes didn't bash the whole "M is dead" over our heads. Eve mentions M's will, giving the audience a pretty solid reason to believe she's dead. The even tied up M's family storyline by mentioning her "late" husband (seen briefly in Casino Royale) — a common technique so the audience can feel more at peace with the loss of the character.

Dame Judi Dench was a phenomenal M. It was great to see her centric to the story in Skyfall. But maybe — just maybe — she's still out there, scowling at the thought of Bond while drinking a Heineken on a beach somewhere.

Eh, anything is possible in movie-land with enough creativity and imagination. However, I do think such a plan would be unwise and unlikely due to it undermining the entire emotional thrust of Skyfall.

(edited by AndyTGD)
0
You'll never know until the next James Bond film is released.
(edited by Nkershaw)
0

This is the dumbest argument I've ever heard. Its not well thought out, all the points are a stretch. The Dench M is dead, Mallory is the new M. Get over it.

Now, now children. Play nice or I'll send you to your room.

Yeah, let's just get back on topic.

No it doesn't! I think it is the best Bond film I have ever watched!

(edited by Nkershaw)
0
This is such a wonderfully productive discussion.
(edited by AndyTGD)