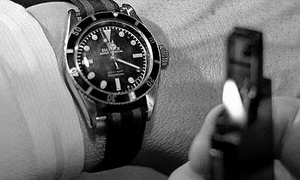 This 007 timeline is a comprehensive list of important dates in the history of the James Bond franchise and the real history behind it. It lists all the important events which have taken place from the character's inception in 1953 by writer Ian Fleming, to the present day.

Events are split into sections based on when they occurred, first by decade, then year and finally by month.