From a View to a Kill is a short story in the For Your Eyes Only collection of James Bond short stories by Ian Fleming, published in 1960. The title story of the collection lent its name to the fourteenth James Bond film, which was released in 1985 and was the seventh and last film to star Roger Moore as 007. Originally, the film was to be titled the same as the short story, but was changed to A View to a Kill just prior to release. The title, plus the fact part of the film takes place in France, is where any similarity between short story and the film end. The film produced two video game adaptations, also released in 1985, to coincide with the film. 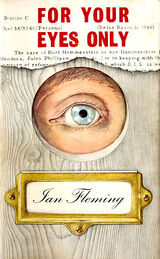 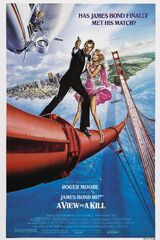 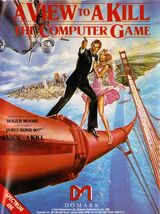 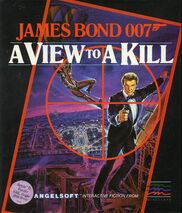 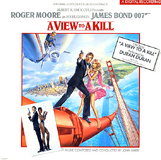 A View to a Kill (soundtrack)
(1985)
Retrieved from "https://jamesbond.fandom.com/wiki/A_View_to_a_Kill?oldid=95964"
Community content is available under CC-BY-SA unless otherwise noted.