Born in Sicily, Italy, on July 27th 1922, Adolfo Celi was a bilingual writer, director and actor. With over 100 credits to his name, Celi was a familiar face in Italian cinema. While his talent for languages and his striking figure won him range of films in the UK and America, Celi was almost always dubbed when appearing in English speaking movies.

Prior to his brush with Bond, Adolfo Celi lived and worked in Argentina and Brazil where he made a successful career as a stage actor and director in the 1950s. Celi directed a successful Latin-American production, "Tico-Tico no Fubá" in 1952.

Thunderball, Sean Connery's fourth outing as 007, exploded onto cinema screens in 1965 and Celi was exposed to Hollywood. In the film, Celi's thick Sicilian accent was overdubbed by Anglo-Italian actor Robert Rietty for the final cut.

After winning the role of Largo, Celi came to the attention of British and American audiences but retained a slim profile in Hollywood, instead enjoying a full and successful career as an actor and occasional as a director in Europe. Celi remains a much-loved figure of Italian movie-making.

Adolfo Celi's final credit was in 1987 before passing away after a heart attack in Siena, Italy. 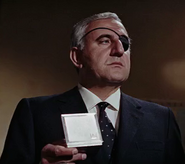 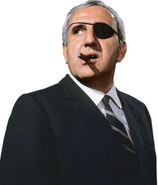 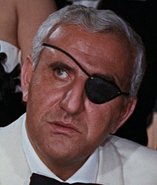 Add a photo to this gallery
Retrieved from "https://jamesbond.fandom.com/wiki/Adolfo_Celi?oldid=99395"
Community content is available under CC-BY-SA unless otherwise noted.