Britt-Marie Eklund, better known as Britt Ekland, is a Swedish actress and singer who played Bond girl Mary Goodnight in the film The Man with the Golden Gun with Roger Moore. A long-time resident of the United Kingdom, Ekland is best known for playing Goodnight, appearing in the British cult horror film The Wicker Man, her high-profile social life and her whirlwind marriage to actor Peter Sellers, which was one of the reasons Sellers had so much trouble on the set of Casino Royale. 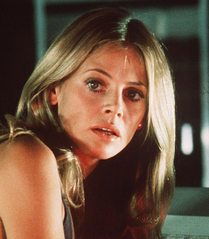 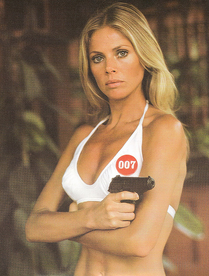 Add a photo to this gallery
Retrieved from "https://jamesbond.fandom.com/wiki/Britt_Ekland?oldid=86327"
Community content is available under CC-BY-SA unless otherwise noted.