Domino is the fictional mistress of SPECTRE operative Emilio Largo. Originally named Dominetta Petacchi, the character was created by author Ian Fleming for the James Bond novel Thunderball. In the 1965 EON Productions film of the same name, her name was altered to Dominique Derval and she was portrayed by Claudine Auger (voiced by Nikki van der Zyl). The character was subsequently re-imagined in 1983 for the unofficial James Bond film Never Say Never Again, this time as Domino Petachi (the 'Domino' no longer a nick-name) and played by Kim Basinger. Over twenty years later, the character was once again re-imagined for the 2015 mobile video-game James Bond: World of Espionage and was named Domino Vitali after the character's stage name in Fleming's novel. 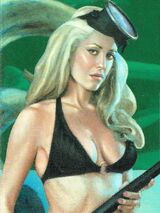 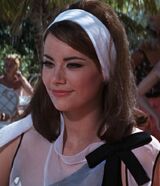 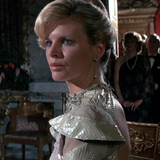 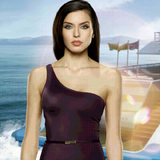