"You are right, Mr. Bond. That is just what I am, a maniac. All the greatest men are maniacs. They are possessed by a mania that drives them towards their goal. The great scientists, the philosophers, the religious leaders — all maniacs."
― Dr. Julius No[src]

Dr. Julius No was a fictional nuclear scientist and and SMERSH agent who used his knowledge and wealth to threaten a U.S. rocket launch. The character was the main antagonist of the 1958 Ian Fleming novel Dr. No and was the first villain to be adapted in the big screen. No also appeared in the series of comic Hot-Shot where it is revealed that he survived his previous encounter with James Bond.

Although the film and novel are similar in plot, the backgrounds for Julius No carry certain differences. Born in Peking, he was the illegitimate son of a German Methodist missionary and a Chinese girl, but his mother's aunt was paid to raised him. When older, he went to Shanghai, where he became involved with the Tongs, a Chinese crime syndicate. Later he was smuggled to the United States and settled in New York City, where he became a clerk and eventually Treasurer for a Tong in America, called the "Hip-Sings."

In the late 1920s, a mob war broke out in New York, forcing the police to crack down on them. No stole a million dollars in gold from the Tongs and disappeared. But the Tongs tracked him down and tortured him to find the location of the gold. When No did not tell them, the Tongs cut off his hands, shot him through the heart and left him for dead. No survived, due to a condition called dextrocardia, in which his heart was on the right side of the body.

Dr. No wanted his gold to be portable so he traded it all in for rare stamps, that would be easily transportable and maintain their value. He changed his appearance with surgery and later hid out in a medical school where he gained an interest of the human body and mind.

No spent a long time in hospital, then enrolled in medical school in Milwaukee, Wisconsin. It is unclear if he completed his studies, but he adopted the title of Doctor and changed his name (his birth name is unknown) to Julius No, symbolic of his rejection of his father, whose given name was Julius. As in the film, No fitted himself with metal manual prostheses, but the book describes them as simple pincers (apparently similar to those of Tee-Hee Johnson in Live and Let Die), and judging by the lack of descriptive detail, they presumably lack the articulation of human hands.

With the million dollars from the Tong, he purchased rare stamps in order to preserve his money against inflation; he later purchased the island of Crab Key, off the coast of Jamaica, where he re-started a defunct guano business as a cover for his proposed criminal operations. He employs Jamaican and Cuban labourers on good wages for the guano works, brutally supervised by Chinese-Negroes ('Chigroes,' a portmanteau of Chinese & Negroes) from Jamaica. No one who comes to the island is allowed to leave.

Dr. No, with aid from the Soviet Union, sabotaged nearby American missile tests by jamming their signals and making them land and explode on a different target than that planned. This forced the Americans to spend time and money redesigning their missiles. He also recovered missiles from the ocean and turned them over to the Russians. James Bond did not actually learn of No's devious plot until after infiltrating Crab Key with Quarrel, where he was captured.

Bond ended up being captured by Dr. No, who told him about his life and revealed his latest plans for power. Dr. No was working with the Soviet Union with a plan to control missiles with a powerful radio beam. He could then land the rockets and sell the designs, blow up any desired target or even make them blow up in big city's so the missile test centres would have to be shut down. He could sell these things for millions of dollars.

Dr. No then revealed his plan to test human endurance using Bond and Honey Ryder. He tied Honey to some rocks, where hundreds of vicious crabs would slowly eat away at her. He put bond through a cruel test of pain, making him climb through boiling hot pipes and crawl past poisonous spiders while being monitored. Dr. No however had not been as careful as he should have been, and Bond had managed to slip a dinner knife and lighter into his possession.

Bond managed to escape after he was plunged into the sea, climbing back onto the mountain and following a path to where Dr. No was. Dr. No was supervising the shipment of bird dung which was to be used as fertilizer. A crane was controlling a pipe with a continuous flow of the dried bird dung. Bond killed the crane driver and took over, swinging the crane around until the pipe was over Dr. No's head. Dr. No choked as the horrible dust clogged his lungs and he was then covered with a twenty foot high pile of dung.

Years after his apparent death at Crab Key, No resurfaced under the name of Mr. Huliraya and became one of the wealthiest businessmen in all of India. At some point he replaced his claws with advanced mechanical hands that he covered with black gloves. No partnered with Dr. Frank Mulroy, an Optic Physics expert from the United States in coordinating attacks on airplanes that were carrying No's business rivals as well as foreign diplomats, so as to give him cover from his activities under the guise of being the Palestinian terrorist group Eblis' doings. They managed this with their Hotshot cannon, a solar death ray mounted to the deck of No's oil tanker Shirkahn. After kidnapping Palestinian independence activist Fatima Khalid, James Bond quickly tracked her down and thwarted No's plans again before destroying his tanker by exploding the fuel tank and the Hotshot weapon.

He is described as being an extremely tall and thin Chinese man with a round head and pointed chin. He wears a gunmetal grey kimono and a walkie talkie around his neck. In the book, the Doctor's hands are cut off by the Tongs as revenge for embezzlement and are replaced by steel pincers. 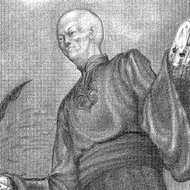 Retrieved from "https://jamesbond.fandom.com/wiki/Dr._Julius_No_(Literary)?oldid=101520"
Community content is available under CC-BY-SA unless otherwise noted.