Carte Blanche
Felix Leiter is a fictional character created by Ian Fleming in the James Bond novels. Leiter works for the CIA, and assists Bond in his various adventures, then later becomes a private detective after suffering a catastrophic injury.

Felix Leiter is James Bond's CIA ally and friend, played a part in six of the Fleming novels. Originally from Texas, he is introduced in Casino Royale as being thin, tall, about thirty-five years old and a former member of the U.S. Marine Corps who was working with the Joint Intelligence Staff of NATO. Fleming named the character after two of his American friends: "Felix" was Ivar Bryce's middle name, whilst Tommy Leiter was a mutual friend. Academic Kerstin Jütting describes Leiter as "a cool and quiet no-nonsense character who knows 007's strengths and weaknesses well". Physically, Fleming describes Leiter in Casino Royale: "a mop of straw-coloured hair lent his face a boyish look which closer examination contradicted".

Leiter is Bond's saviour in Casino Royale, providing him with 32 million francs when Bond has been cleaned out by SMERSH paymaster Le Chiffre, calling it "Marshall Aid". Media historian James Chapman notes that Bond's relationship with Leiter represented the Special Relationship between Britain and America, although the American Leiter is in the subordinate position to the British Bond. Academic Jeremy Black agrees, although points out that the Bond and Leiter relationship suggested "a far smoother working of the Anglo-American alliance than was in fact the case."

Academic and writer Kingsley Amis, in his exploration of Bond in The James Bond Dossier, considered that this view of Leiter was partly because of Fleming's writing, noting that "Leiter, such a nonentity as a piece of characterization ... he, the American, takes orders from Bond, the Britisher, and that Bond is constantly doing better than he". Bond scholars Bennett and Woollacott note that although the two men share adventures, it is Bond who leads, not Leiter. Leiter's role is to "suppl[y] Bond with technical support and hardware, add ... muscle where needed and money".

Fleming's second novel, Live and Let Die shows that in his early twenties, Leiter wrote a few pieces on Dixieland jazz for the New York Amsterdam News. He and Bond visit a jazz club in Harlem to find Mr. Big and are captured. Leiter is let go by a henchman of Mr. Big's due to his love for jazz music. Later, while investigating a warehouse in Florida owned by Mr. Big, Leiter falls into a shark tank and is severely mauled, but survives. Bond scholar John Griswold notes that in the original draft of the story, Fleming killed Leiter off in the shark attack; when Naomi Burton, Fleming's US agent with Curtis Brown protested about the death of the character, Fleming relented and Leiter lived, albeit missing an arm and half a leg. Espionage scholar Rupert Allason, writing as Nigel West, noted that Leiter's involvement in a domestic US matter was a breach of the CIA's charter, as laid out in the National Security Act of 1947.

After the shark attack, Leiter returned in Diamonds Are Forever with a hook for his missing hand and a prosthetic leg; as he had lost his gun hand, he was no longer with the CIA, but employed as a private detective by Pinkertons Detective Agency, although he was on the reserve of the CIA and was recalled for Thunderball and The Man with the Golden Gun. He makes mention of having a sister. Fleming had flown to the US in August 1954 to research the background to Diamonds Are Forever; his friend Ernest Cuneo introduced him to a rich socialite, William Woodward, Jr., who drove a Studillac—a Studebaker with a powerful Cadillac engine. According to Bond scholar Henry Chancellor, "the speed and comfort of it impressed Ian, and he shamelessly appropriated this car" for Leiter to drive in the novel.

For the post-Fleming continuation Bond authors, Leiter has also appeared on a periodic basis. After John Gardner took over writing the James Bond novel series, Leiter made an occasional appearance and the novel For Special Services introduces his daughter, Cedar Leiter, who is also a CIA officer (and briefly Bond's romantic conquest). Raymond Benson also included Leiter's character in some of his novels, including The Facts of Death and Doubleshot. Similarly the more recent continuation Bond novels—the 2008 Sebastian Faulks novel, Devil May Care, and the 2011 novel Carte Blanche by Jeffery Deaver both contained the character.

Set in between The Man with the Golden Gun and Octopussy, Felix set the story in motion by referring Scarlett Papava to James Bond to help locate her sister. While working at Pinkerton's Detective Agency, Felix was sent on a case to investigate the disappearance of a B-Movie star from Hollywood at the request of her parents. He was then summoned back to the CIA, along with several other former operatives in preparation for taking part in overseas activity. Leiter went to Persia to meet with Darius Alizadeh, who had valuable information regarding the destructive intentions of Dr. Julius Gorner. Leiter arranged a meeting with his associate J.D. Silver, who betrayed them by cutting their phone line, as he believed that the United Kingdom suffering would get them to aid in the Vietnam War. Darius got the information through, and Silver was killed. He later met up with Bond in Paris.

Long after his amputations, Felix maintained a close relationship with the CIA as a consultant while still working at Pinkerton's. After Bond was discovered operating in the US, and Felix was called from Miami to deal with him. He learned that Bond had "gone solo" and was acting on his own rather than on England's behalf. After the operation was over, the two talked it over, adding in information the other didn't know and determined that their respective operations to kill Solomon Adeka and Hulbert Linck were just to give their countries access to the Zanzari oil reserves.

In the movies, Leiter is a CIA agent in all appearances except in Licence to Kill in which he now works for the DEA. A number of the movies feature Leiter, but the character is frequently recast and as a result has not achieved the memorable status that other characters such as M, Q and Miss Moneypenny have achieved. In fact, Leiter appears in a total of ten movies, played by eight different actors, widely varying in age and physical characteristics. 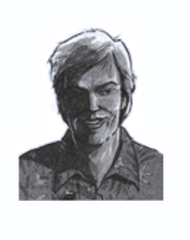 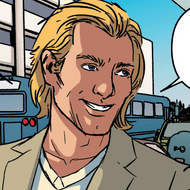 Leiter in Eidolon (2016)
Add a photo to this gallery

Retrieved from "https://jamesbond.fandom.com/wiki/Felix_Leiter_(Literary)?oldid=101722"
Community content is available under CC-BY-SA unless otherwise noted.