GoldenEye is the theme song of the film GoldenEye, released in 1995. It was written by U2's Bono and The Edge, and performed by Tina Turner.

See reflections on the water,
more than darkness in the depths,
see him surface in every shadow,
on the wind, I feel his breath.

Goldeneye, I found his weakness,
Goldeneye, he'll do what I please,
Goldeneye, no time for sweetness,
but a bitter kiss will bring him to his knees.

You'll never know the days, the nights,
the tears, the tears I've cried,
but now my time has come,
and time, time is not on your side.

See him move through smoke and mirrors,
feel his presence in the crowd,
other girls, they gather around him,
If I had him, I wouldn't let him out.

Goldeneye, not lace or leather,
golden chain, take him to the spot,
Goldeneye, I'll show him forever,
It'll take forever to see what I've got. 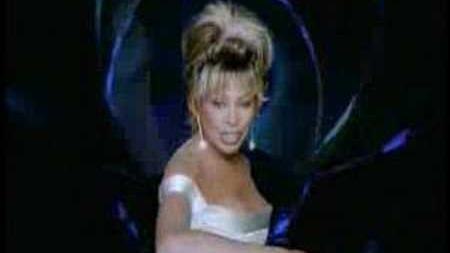 Retrieved from "https://jamesbond.fandom.com/wiki/GoldenEye_(song)?oldid=85014"
Community content is available under CC-BY-SA unless otherwise noted.