Hugo Drax is a fictional character and primary antagonist created by author Ian Fleming for the James Bond novel Moonraker. Fleming named him after his friend, Sir Reginald Drax. For the later film of the same name and its novelization, Drax was almost entirely changed by screenwriter Christopher Wood. In the film, Drax is portrayed by French actor Michael Lonsdale, who would later reprise the role for the 2012 video-game 007 Legends. 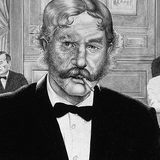 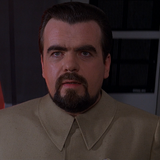