James Bond 007 is a 1998 action-adventure video game developed by Saffire and published by Nintendo for the Game Boy. Capitalising on the success of GoldenEye 007, the game features an original story mixing together characters from multiple James Bond films, from Oddjob to Jaws. Unlike GoldenEye 007, this title was of the adventure genre, viewed from a top-down perspective. It also incorporated gambling mini-games such as Baccarat and Blackjack.

Sent to investigate an arms smuggling ring operating out of China, James Bond infiltrates a temple and karate dojo belonging to local arms smuggler, Zhong Mae. Conversations with the locals reveal that Oddjob had been a recent visitor to the temple. Discovering a hidden doorway, 007 retrieves the rings' plans from a safe and is confronted by Zhong Mae. After defeating her, Bond makes his escape using a stolen boat. The plans are a blueprint for a hidden base, with no location listed except for the name of a contact in the Middle East, Iqbal. Bond returns to London with the plans and M informs him that 008 was sent to Kurdistan on a related mission but hasn't been heard from in weeks. Bond is sent to find 008. Q provides bond with his sidearm and a keychain designed to electrify the surface it lands on. Travelling to Kurdistan, Bond tracks the warlord, Iqbal, to a cave north of a village and stuns him using the keychain. Killing him, Bond pockets his set of keys and rescues 008; who informs him that they are being sold weapons by Oddjob in Marrakech.

Travelling to Marrakech, Bond learns from a contact that Oddjob and a subordinate named 'Mr. Fez' are running arms deals out of a room in the hotel. 007 gambles at the local casino and draws out Mr. Fez at the baccarat table. After exchanging some terse words, Bond heads into the catacombs beneath the city and procures a tranquilizer gun from the shady merchant, Rat Man. He uses the rifle to sedate Mr. Fez through a secret passage to the casino. Bond re-enters the casino and pockets the key to Oddjob's hotel room from the sedated man. Confronting Oddjob, 007 is overpowered, stripped of his medical items and dumped in the Sahara Desert. Using a satellite mapping device and a borrowed cantine, 007 makes his way to a nearby airfield and is taken to Tibet, to where MI6 has tracked down Oddjob. Climbing the mountain, 007 reaches a Tibetan temple, where he undergoes a 'Trial of Courage' to reach Oddjob. Fighting through several rooms of sumo wrestlers, Bond is rewarded by an ambush and is brought back to their base for interrogation.

His gadgets back in Tibet, Bond resigns himself to his fate. Suddenly he is rescued from his cell by Zhong Mae. She explains that she only assisted the arms cartel to raise money to defend her village. Led to believe this was a one-time money-making arrangement, she now realises that it was only a small part of a much larger scheme. While she goes to find and decipher the security system, Bond confronts Oddjob for more information on the Cartel's master plan. Defeated, Oddjob pleads for mercy and reveals that Russian General Golgov was responsible for setting up the arms deals; amassing an army to crush the West in retaliation for Russian nuclear disarmament. Although he doesn't know where to find him, Oddjob reveals that there is a middleman named Khatar in Kurdistan who is in direct contact with the General. Zhong Mae offers 007 the assistance of a friend in Kurdistan named Mustafa.

Bond returns to Kurdistan to find that in the absence of the warlord, Iqbal, the region has destabilised and has been overrun with the combined might of two rebel leaders - Sadam and Khatar. Near Iqbal's cave, Bond finds the corpse of 008. Making his way through the war zone he confronts the cowardly Sadam, humiliates him, and discovers that Golgov has been supplying the rebels with weaponry. Bond crosses the battlefield and bursts into Khatar's tent, forced to kill him. Mustafa reveals that both Sadam and Khatar had been pawns, unaware of Golgov's true intent of weakening Kurdistan and making it ripe for invasion. Bond is given a guide and departs for Russia, infiltrating Golgov's hidden base. He finds that Zhong Mae has been captured and tied to one of the General's five nuclear missiles. Bond confronts Golgov, who attacks him in an armed mechanical suit. 007 defeats him, but the General triggers the launch sequence for the missiles with his dying breath. Avoiding the missile complex's automated defence systems, Bond subsequently disarms the weapons and heads back to China with Zhong Mae.

The gameplay of James Bond 007 is presented from a top-down perspective.[1] As James Bond, the player controls an arsenal of weapons and items. Bond must use items at the appropriate place and time to either sneak past impossible odds or to solve a mission. The player can save up to three games and/or delete them. The player can also perform fist and karate moves. The game is played across 11 levels,[2] and also incorporates gambling minigame, such as Baccarat and Blackjack. The game is presented in black and white, as it was developed for the original Game Boy.

The game received an average score of 62.14% at GameRankings, based on an aggregate of 5 reviews.[3]

Monica Wilbur of IGN wrote, "The only thing that Bond truly lacks is decent navigational system. The so-called 'satellite link' that is supposed to pinpoint 007's location is a poor excuse for a map. It doesn't show any of the places Bond has or has not visited and in fact, shows nothing but a blinking dot on a blank grid. The blinking dot is supposed to represent Bond, but big deal. As many of the levels Bond explores turn out to be repetitively rendered mazes, the omission of a suitable mapping system seems a huge oversight." Wilbur noted the fact that once a level is completed, "the only way to return to a previously played area is to start over from the beginning. Of course, having played this game a few times, I've realized that there is very little incentive for a player to want to return to a completed level. [...] The game's graphics vary from level to level. [...] The game's characters are creatively rendered and pleasing to look at in all their diminutive glory."[4]

Wilbur praised the game's inclusion of the James Bond Theme, as well as the score used for the game's casino area, but wrote, "Other songs are nice while they last, but don't have too much of an impact. Too bad the sound effects don't live up to larger-than-life quality of the Bond myth. Most of the weapon effects are puny and mechanical – a bullet should 'boom,' not 'blip.' And as for the game's human contingent, Bond and his supporting cast utter nary a sniff. This silence tends to render the game's characters a little shallow in the 'personality' category. It would have been really swell to hear the enemies groan in pain as they bite the dust, or to have Bond make refined grunting noises with each barrage of bullets he bravely bears."[4]

Wilbur concluded that, "Bond covers lots of ground in this game, but somehow it doesn't seem like enough. Compared with other RPGs, this one could have stood to be at least three or four levels longer. The game does, however, offer a few hidden items and features that may be missed the first time around. Then again, these items and features alter the gameplay only slightly and do not present any substantially different route of adventure for Bond to embark upon. Should you put the game away for a few months, you might take some satisfaction in playing it again if you've forgotten exactly how to beat it. Also, being able to play the card games outside of the RPG context is a nice touch. But for the most part, the game does not contain the depth and breadth that one normally expects from an RPG."[4] 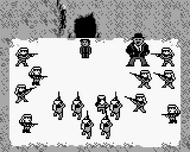 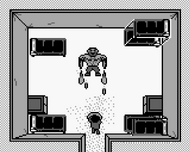 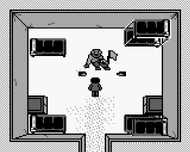 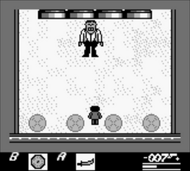