Jaws is a fictional assassin in the James Bond media franchise with stainless steel teeth. He first appeared in the 1977 film The Spy Who Loved Me (in which he was a partial adaptation of "Horror", a character from the novel The Spy Who Loved Me) and made a subsequent appearance in 1979's Moonraker. The character was played by the late actor Richard Kiel. An obvious reference to the 1975 horror/thriller film of the same name, Jaws gets his name both from his enormous size and strong metal teeth that could bite through virtually anything. During filming, Kiel would only wear the metal teeth for a few minutes because they hurt his mouth. 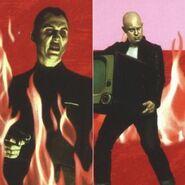 Literary (Zbigniew Krycsiwiki)
James Bond, The Spy Who Loved Me
(1977)
Add a photo to this gallery 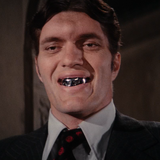 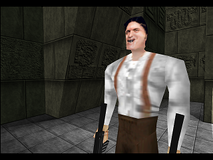 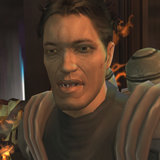 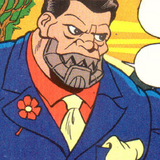 Retrieved from "https://jamesbond.fandom.com/wiki/Jaws?oldid=95350"
Community content is available under CC-BY-SA unless otherwise noted.