James Bond Wiki
Register
Don't have an account?
Sign In
Advertisement
in: Production, Designers, Everything or Nothing: The Untold Story of 007 cast, Pages using ISBN magic links

Adam was born in Berlin, Germany to a Jewish family, the son of a former Prussian cavalryman. His father and uncles George and Otto owned a successful high-fashion clothing store, so the family was well-off. The company S.Adam (Berlin, Leipziger Straße / Ecke Friederichstraße) was established in 1863 by Saul Adam. Adam was educated at the Französisches Gymnasium Berlin, and the family had a summer house on the Baltic.

In 1933, the Nazi Party rose to power. Adam watched the Reichstag fire from the Tiergarten. That same year the family's shop was forced into bankruptcy by Brown Shirt harassment. So a part of the family relocated to England in 1934.

Adam was 13 years old when his family moved to England. Adam went to St. Paul's School in Barnes, and then attended University College London and Bartlett School of Architecture, training to be an architect.

When World War II started, the Adam family were German citizens and could have been interned as enemy aliens. But Adam joined the Royal Pioneer Corps, a support unit of the British and Commonwealth armed forces, which was open to any Axis citizen resident in Britain or the Commonwealth, and not considered a security risk. He was seconded to design bomb shelters.

In 1940, Adam successfully applied to join the Royal Auxiliary Air Force as a pilot. He was one of only two German-nationality pilots in the wartime RAF. As such, if he had been captured by the Germans, he was liable to execution as a traitor rather than being treated as a prisoner of war.

Flight Lieutenant Adam joined No. 609 Squadron at RAF Lympne on 1 October 1943. He was nicknamed “Heinie the tank-buster” by his comrades for his daring exploits. The squadron flew the Hawker Typhoon, initially in support of USAF long-range bombing missions over Europe. Later they were employed in support of ground troops, including at the battle of the Falaise Gap, in Normandy after D-Day.

Adam first entered the film industry as a draughtsman for This Was a Woman (1948) He met his Italian wife Maria Letitzia while filming in Ischia, and they married on 16 August 1952. His first major screen credit was as production designer on the 1956 British thriller Soho Incident. In the mid-1950s he went to Hollywood, where he worked (uncredited) on the epics Around the World in 80 Days and Ben-Hur. His first major Hollywood credit was the Jacques Tourneur cult horror film Night of the Demon, and he was the production designer on several films directed by Robert Aldrich. He was hired for the first James Bond film, Dr. No, in 1962. In 1964 he designed the famous war room set for Stanley Kubrick's Dr. Strangelove. He turned down the opportunity to work on Kubrick's next project 2001: A Space Odyssey after he found out that Kubrick had been working with NASA for a year on space exploration.

Adam returned to work with Kubrick on Barry Lyndon, for which he won his first Oscar. He also designed the famous car for the film Chitty Chitty Bang Bang, which was produced by the same team as the James Bond film series. During the late 1970s he worked on storyboards and concept art for Planet of the Titans, a Star Trek film then in pre-production. The film was eventually shelved by Paramount Pictures.

Adam was a jury member at the 1980 Cannes Film Festival and the 49th Berlin International Film Festival. In 1999, during the Victoria and Albert Museum exhibition "Ken Adam - Designing the Cold War", Adam spoke on his role in the design of film sets associated with the 1960s through the 1980s. 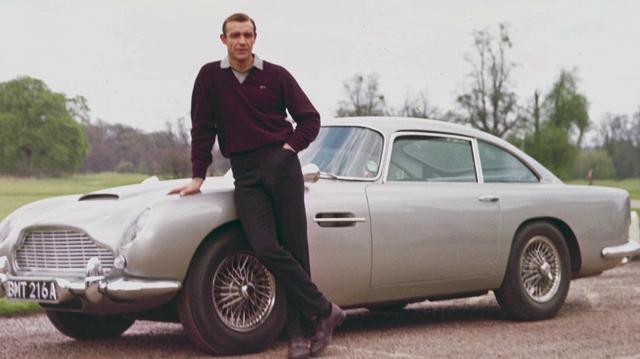 Interior designs for the reactor room (Dr. No).

Henderson's apartment (You Only Live Twice).

The Asian Spa (You Only Live Twice).

Submersible Lotus Esprit concept designs (The Spy Who Loved Me).

Interior designs of the Liparus tanker (The Spy Who Loved Me).