"With all of Fleming’s connections — Eton, Sandhurst, naval intelligence, all that — everyone figured McClory, an Irishman in an English court, didn’t have a chance. But never underestimate Kevin McClory."
― Sean Connery[src]

Kevin O'Donovan McClory (1926 - 2006) was an Irish screenwriter, producer, and director. McClory is best known for as the producer of two James Bond movies, 1965 Thunderball and 1983 Never Say Never Again, which was the result of a long legal battle between McClory and Ian Fleming (later United Artists/MGM) over the writing credits and later the film rights to Thunderball.

McClory started his film career as a film technician at Shepperton Studios, where he worked as an assistant to John Huston on films including The African Queen (1951) and Moulin Rouge (1952). He later wrote and directed the 1957 film The Boy and the Bridge.

In 1958, McClory met Ian Fleming and they, with professional screenwriter Jack Whittingham, collaborated on a number of drafts for a possible film or television series featuring Fleming's secret agent, James Bond. Although the project never went into production, Fleming took the screenplay and novelized it into his ninth novel, Thunderball in 1961 which initially did not give either McClory or Whittingham credit. The two later filed suit, which was settled out of court in 1963 forcing future versions of the novel to be credited as "based on a screen treatment by Kevin McClory, Jack Whittingham, and Ian Fleming" -- in that order. Due to the lawsuit, Thunderball was pushed back as the first official Bond film in Harry Saltzman's and Albert R. Broccoli's series. Broccoli and Saltzman's production company EON Productions later made a deal with McClory for Thunderball to be made into a film in 1965, consequently allowing McClory sole producing credit for the adaptation. McClory additionally retained the rights to remake the film after ten years had elapsed.

In 1976 McClory announced he was to produce an original James Bond film to be titled either Warhead, Warhead 8, or James Bond of the Secret Service, but the project immediately ran into more legal problems with the Broccoli family and was ultimately abandoned. He had called the project under a different title when he unsuccessfully tried to recycle it in 1989, Atomic Warfare, approaching Pierce Brosnan for the role of 007 since he missed the role to Timothy Dalton for the 1987 Bond film,The Living Daylights. This was due to Brosnan's renewed Remington Steele contract after temporary cancellation of the TV show.

The project was taken over by American producer Jack Schwartzman who, with the backing of Warner Bros., was able to get Thunderball remade as Never Say Never Again in 1983, with McClory credited as executive producer. The film starred Sean Connery as agent 007 in a highly-publicized return to the role after a 12-year hiatus.

Since then, McClory has continued to try to make other adaptations of Thunderball, including most famously a project called Warhead 2000, that was to be made by Sony. Once again, the McClory's hold on the Thunderball film rights came into question and the project was eventually scrapped in 1999 after Sony settled out of court with MGM/United Artists ceding any rights to making a James Bond film. Ironically, in 2004, Sony acquired MGM; however, the production and final say over everything involving the film version of James Bond is controlled by EON Productions, Albert R. Broccoli's production company and its parent company Danjaq, LLC.

Prior to Sony's settlement with MGM in 1999, they filed a lawsuit against MGM claiming McClory was the coauthor of the cinematic 007 and was owed fees from Danjaq and MGM for all past films. This lawsuit was thrown out in 2000 on the ground that McClory had waited too long to bring his claims. The Ninth Circuit Court of Appeals later affirmed this decision. 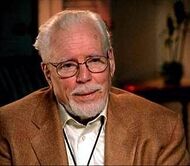