Licence to Kill (released in the United States as License to Kill, but sold in the U.S. home video market with the British spelling) is the sixteenth film in the James Bond film series made by EON Productions. Released in the United Kingdom on 13 June, 1989. It was the second and final film with Timothy Dalton portraying 007. This was the first EON Productions entry to use a title not derived from either a novel or a short story by Ian Fleming. However, it does contain elements and characters from Fleming's novel, Live and Let Die and the short story, "The Hildebrand Rarity" (from the collection For Your Eyes Only). This would be the last James Bond film to make direct use of Ian Fleming's concepts and characters until Die Another Day 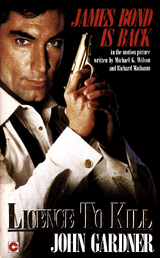 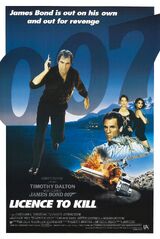 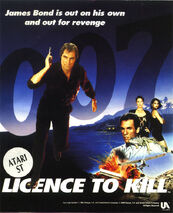 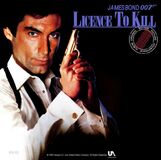 Licence to Kill (soundtrack)
(1989)
Retrieved from "https://jamesbond.fandom.com/wiki/Licence_to_Kill?oldid=79987"
Community content is available under CC-BY-SA unless otherwise noted.