Miss Moneypenny, is a fictional character in the James Bond novels and films. She is secretary to M, who is Bond's boss and head of the British Secret Service.

Although she has a small part in the films, it is always highlighted by the underscored romantic tension between her and Bond; something that is virtually nonexistent in Ian Fleming's novels, though somewhat more apparent in the Bond novels of John Gardner and Raymond Benson.

In Ian Fleming's first draft of Casino Royale, Moneypenny's name was originally "Miss 'Petty' Pettaval," which was taken from Kathleen Pettigrew, the personal assistant to MI6 director Stewart Menzies. Fleming changed it to be less obvious. In Andrew Lycett's Ian Fleming, he discloses the source of the name "Miss Moneypenny," to be the name of a character in an unpublished novel by Fleming's brother, Peter. Other candidates for Moneypenny's inspiration include Vera Atkins of Special Operations Executive; Paddy Ridsdale, a Naval Intelligence secretary; and Joan Bright Astley, whom Fleming dated during World War II, and who was noted for giving a warm and friendly reception to senior officers who visited her office to view confidential papers.

Miss Moneypenny is the confidential clerk and private secretary to M, the head of MI6. She holds the rank of Lieutenant RN, which is a prerequisite rank for this position. She is cleared for Top-Secret, Eyes-Only and Cabinet-Level intelligence reports, the latter of which she is often required to prepare, and in some cases present. M's personal assistant is utterly dedicated to her work, which means she has little time for a social life. A close confidante of her boss, she also enjoys a flirtatious — though never consummated — relationship with 007, whom she understands perfectly. In both the Bond novels and films based upon them, Moneypenny is smitten with Bond. For example, in the novel Thunderball, Fleming wrote that she "often dreamed hopelessly about Bond." However, she never vocalizes these feelings.

Miss Moneypenny's role in Fleming's novels is generally even smaller than that of her role in the films. In the novels, Bond also has his own secretary, Loelia Ponsonby and later Mary Goodnight, both of which often had their lines and relationships transferred to Miss Moneypenny for the films.

Since the character's first appearance in Casino Royale, neither Fleming nor any succeeding Bond novelist or screenwriter had ever seen fit to give Moneypenny a first name. In a few of the books and at least one film, Bond refers to her by the nickname "Penny" (a shortened version of her last name). Her full name in The Moneypenny Diaries is Jane Vivien Moneypenny.

On October 10, 2005, John Murray published the first of three Ian Fleming Publications' sanctioned novels, written by Samantha Weinberg under the pseudonym Kate Westbrook, entitled The Moneypenny Diaries, a trilogy from the point of view of Miss Moneypenny.

After wishing James a Happy two-weeks-belated Birthday, Bond was inwardly annoyed at her for knowing how old he was, and admitted to himself that he found most of their banter to be "self-satisfying", though he reflected that this was likely his being self-conscious about his age. She noted that he sounded under the weather, which he revealed to be a light flu, and asked for some aspirin, which she gave him before the light indicating M's being ready for him came on, and she sent him in. 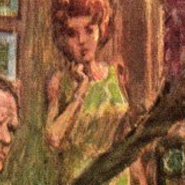 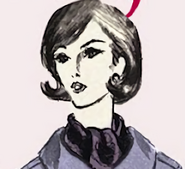 Moneypenny as she appears on the covers of the 2013 reprint of Guardian Angel.
Add a photo to this gallery

Retrieved from "https://jamesbond.fandom.com/wiki/Miss_Moneypenny_(Literary)?oldid=100026"
Community content is available under CC-BY-SA unless otherwise noted.