Miss Moneypenny, is a fictional character in the James Bond novels and films. She is secretary to M, who is Bond's boss and head of the British Secret Service. She was portrayed by Lois Maxwell in 14 films between 1962 and 1985.

Although she has a small part in the films, it is always highlighted by the underscored romantic tension between her and Bond (something that is virtually nonexistent in Ian Fleming's novels, though somewhat more apparent in the Bond novels of John Gardner and Raymond Benson). On that note, she is not always considered to be a Bond girl, having never had anything more than a professional relationship with Bond, to her dismay. Despite this fact, it's clear Bond is fond of her.

According to the film You Only Live Twice, she holds the rank of Second Officer in the Women's Royal Naval Service.

The first actress to portray M's secretary on the big screen was Lois Maxwell. She lobbied for the role in the first official James Bond film Dr. No (1962), as her husband had had a heart attack and they needed the money. Director Terence Young, who once had turned her down on the grounds that she looked like she "smelled of soap," offered her either Moneypenny or the recurring role of Bond's girlfriend, Sylvia Trench, but she was uncomfortable with a revealing scene in the screenplay and opted for the character of Miss Moneypenny. The role as M's secretary guaranteed just two days' work at £100 a day; Maxwell supplied her own clothes.

In 1971, Maxwell was nearly replaced for Diamonds Are Forever after demanding a pay raise; her policewoman's cap disguises hair she had already dyed for another role. However she continued in the role, as her former classmate and friend Roger Moore took over the part of 007 in Live and Let Die. For the filming of A View to a Kill (1985), her final appearance, Bond producer Cubby Broccoli told her that the two of them were the only ones from Dr. No still working on the series. Maxwell asked that her character be killed off, but Broccoli recast the role instead. Her final Bond film was also Moore's last outing.

As a rule, Moneypenny generally never directly participates in Bond's missions, although there have been a few exceptions in both film and literature (most notably Diamonds Are Forever, in which she disguises herself as a customs agent to help send Bond on his mission).

In Octopussy (1983), Moneypenny has an assistant named Penelope Smallbone, who appears to be equally smitten with Bond, despite a "thorough briefing" on the subject by Moneypenny. Apparently intended as either a foil or a replacement for Moneypenny, Smallbone appeared only once. 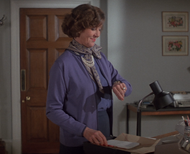 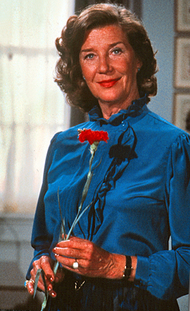 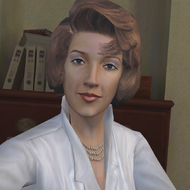 Retrieved from "https://jamesbond.fandom.com/wiki/Miss_Moneypenny_(Lois_Maxwell)?oldid=100213"
Community content is available under CC-BY-SA unless otherwise noted.