Miss Nagai is a fictional assistant to the Quartermaster of the British Secret Intelligence Service (SIS/MI6). The character appears in the 2004 James Bond video game Everything or Nothing and was portrayed by Japanese actress and model Misaki Ito.

Miss Nagai is the assistant to Q and introduces most of the guns and gadgets to Bond in the game. Miss Nagai assists Q in developing cutting-edge technology for the 00 agents of MI6. A British citizen raised overseas, she returned to United Kingdom to research nanotechnology at Oxford University.

Bond first meets Nagai at MI6 Scottish Headquarters where she introduces him to the Q-Spider, the Coin grenade, and the Dart Gun. She then takes notes while Q introduces the Triumph Daytona 600 motorcycle. When Bond returns from Puerto Viejo, Nagai demonstrates the invisibility function on the stealth suit. Afterwards she takes notes on the resurrected Aston Martin V12 Vanquish. She later explains to Bond that Dr. Katya Nadanova's nanobots were originally designed to repair nuclear reactors. She then gives him the EMP upgrade to the Coin Grenades. 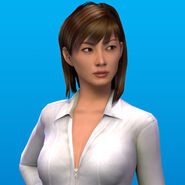 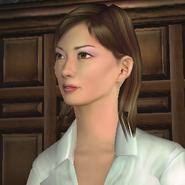 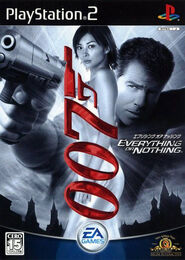 Retrieved from "https://jamesbond.fandom.com/wiki/Miss_Nagai?oldid=91103"
Community content is available under CC-BY-SA unless otherwise noted.