Buonapart Ignace Gallia, known commonly as Dr. Kananga, is the main antagonist of 1954 Ian Fleming novel and 1973 James Bond film Live and Let Die. Dr. Kananga is the dictator of San Monique and thus has certain diplomatic immunities in the United States, easily allowing him to smuggle drugs into the country under the alias Mr. Big, a gang leader from Harlem. He was portrayed by Yaphet Kotto. 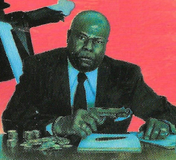 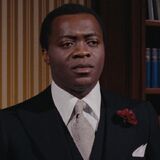