Nick Nack is Scaramanga's diminutive henchman. The character first appeared in the 1974 James Bond film The Man with the Golden Gun, portrayed by the late French actor Hervé Villechaize. In the early 1990s, a similar character appeared in the animated spin-off, James Bond Jr. as a member of the SCUM organisation. 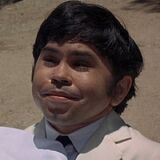 Hervé Villechaize
The Man with the Golden Gun (1974) 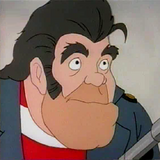