No Time to Die is the twenty-fifth film in the James Bond series produced by EON Productions for Metro-Goldwyn-Mayer. Like several previous films, No Time To Die will be written by Neal Purvis and Robert Wade and will feature actor Daniel Craig in his fifth and final performance as James Bond. The film will be directed by Cary Joji Fukunaga. Its original projected release dates were 3rd April 2020 in the UK and 10th April 2020 in the US. However, due to the COVID-19 coronavirus outbreak, it was pushed back to 12th November 2020 in the UK and 20th November 2020 in the US. It was delayed again to 2nd April 2021, and later again to 30th September 2021 in the UK and 8th October 2021 in the US, over a year after its original release. 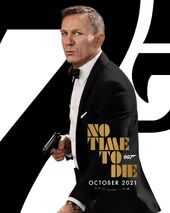 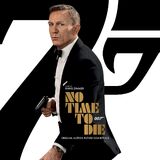 No Time to Die (soundtrack)
(2021)
Retrieved from "https://jamesbond.fandom.com/wiki/No_Time_to_Die?oldid=100528"
Community content is available under CC-BY-SA unless otherwise noted.