watch 03:27
Wiki Targeted (Entertainment)
Do you like this video?
Play Sound

Phoenix International, commonly known simply as Phoenix, was a fictional front corporation founded by Rafael Drake in Electronic Arts' 2002 video game Nightfire. Drake uses the organisation to procure secret nuclear information, astronautic technologies, and military-grade weaponry, while under the guise of being an environmentalist agency supposedly dedicated to decommissioning and disassembling nuclear reactors and arsenals. Its headquarters, the Phoenix Building, was located in Tokyo, Japan.

Billionaire Rafael Drake, purportedly a passionate environmentalist, founded Phoenix International in order to legally obtain materials from deactivated nuclear and astronautic facilities, while secretly developing them for military purposes. The weapons were to be used as part of Drake's "Nightfire" project - a scheme involving a global 'corporate takeover' by Phoenix International. National boundaries were to be eradicated, in their place continent-wide regions of agriculture, industry, energy production and research. Governments were to be replaced with a single board of directors and resistance would be crushed by threat of ballistic missiles mounted in Drake's island grottos. Hijacking the U.S. Space Defense Platform using a stolen missile guidance module, Drake planned to initiate a preemptive missile strike against major NATO bases to wipe out global security.

Suspecting Phoenix to be a front for criminal activity, MI6 sends Bond undercover to a party in Drake's Austrian castle. The party is a cover for the exchange of the stolen missile guidance chip between Raphael Drake and Alexander Mayhew, manager of the Phoenix's Japanese branch. Bond makes his way to the exchange, steals the chip and escapes. As a result of the security breach, Drake orders Mayhew's assassination. Bond is sent to Japan to protect Mayhew and recovers information about "Nightfire", but is unable to prevent the man's death. Further investigation by 007 uncovers astronautic and private military training programs under way in various secret facilities, all spearheaded via Phoenix funds and properties. His plans increasingly frustrated by Bond, Drake accelerates the schedule for "Nightfire" and, using refurbished space shuttles, sends Phoenix-trained astronauts to capture the U.S. Defense Platform by force, murdering its attendants. As the astronauts secure the Platform and ready its nuclear arsenal for launch, Bond boards the last of the shuttles to the Platform. There he confronts and kills Drake and his Phoenix operatives in a zero-gravity firefight.

Aside from its main office building in Tokyo, Phoenix's properties included Drake's Austrian castle and its adjacent airstrip, a covertly recommissioned nuclear plant off the coast of Tokyo, and an underwater paramilitary base on a private pacific island. The facilities are maintained and protected by a staff of Yakuza gunmen, several ninja-like assassins, and a private military company of soldiers and astronauts led by Armitage Rook. The facilities were primarily used for development of Phoenix's military equipment. In terms of its technological capabilities, Phoenix collected an enormous stockpile of firearms, vehicles and space equipment (including space shuttles). In addition, they developed unique weaponry such as the X6 Annihilator chain-gun, a rechargeable laser rifle designed for use in outer space, and an automated mini-gun concealed inside a briefcase. 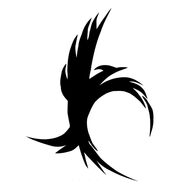 First variant of the Phoenix logo used in both the computer and console versions of Nightfire. 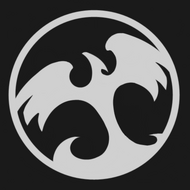 A variant of the Phoenix International logo used in the computer versions of Nightfire.

Second variant of the Phoenix International logo used in the console versions of Nightfire.
Add a photo to this gallery

Retrieved from "https://jamesbond.fandom.com/wiki/Phoenix_International?oldid=100382"
Community content is available under CC-BY-SA unless otherwise noted.