Red Grant is a fictional assassin who first appeared in Ian Fleming's 1957 novel From Russia, with Love. Originally penned as Soviet defector and SMERSH killer Donovan Grant, the character was subtly re-imagined for the 1963 film adaptation of the novel, becoming ex-convict and SPECTRE assassin Donald Grant, portrayed by actor Robert Shaw. In both versions, Grant is a henchman for the villain Rosa Klebb. The character would later appear in the 2005 video-game adaptation of From Russia with Love (with the likeness of Shaw, voiced by Brian McCole), 2012's 007 Legends as a multiplayer character and the 2015 video-game James Bond: World of Espionage. The character of Red Grant, from his strong blond man appearance, serves as archetype for many henchmen of the Bond film series, including: Hans, Peter Franks, Erich Kriegler, Necros and Stamper. 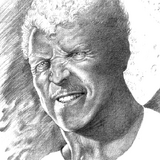 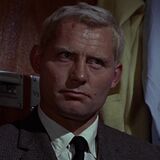 Robert Shaw
From Russia with Love
(1963) 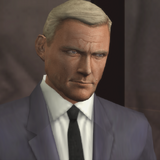 Robert Shaw and Brian McCole
From Russia with Love (2005) 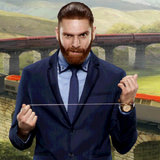