René Mathis is a fictional French intelligence operative employed by the Deuxième Bureau, and a close friend of James Bond. A recurring ally, the character first appeared in Ian Fleming's 1953 James Bond novel, Casino Royale, and later featured in From Russia, with Love (1957) and Thunderball (1961). He went on to appear in the continuation books Never Dream of Dying (2001), Devil May Care (2008), and the comic, Solstice (2017). A younger version of Mathis also appeared in the Young Bond short story, A Hard Man to Kill (2008).

In Casino Royale it is stated that he met Bond on assignment prior to World War II, in Monte Carlo, as Bond was trying to crack down a group of Romanians cheating at local casino with the use of invisible ink. He is reassigned to work with Bond at the time of events in Casino Royale, where he poses as a radio salesman, helping Bond out and introducing him to Vesper Lynd.

Later, it is been revealed that he has been promoted to the head of the Deuxième Bureau. With the help of Bond, it was Mathis who captures the SMERSH villain Rosa Klebb and provides CPR to keep Bond alive after he was poisoned by her.

Mathis is briefly mentioned. Bill Tanner asks Miss Moneypenny to send a copy of SPECTRE's ransom demand letter to Mathis at the Deuxième Bureau. Following the theft of a British bomber's atomic payload by SPECTRE, Mathis admits to having accepted an offer by the organization to have Goltz, a French heavy-water scientist who defected to the Russians, assassinated by them.

Matis assists the SIS in an operation to remove a cache of Union arms from the studios of suspect Union member Léon Essinger, but it was all a setup and Matis goes rogue to clear his organization's name. In South France and Corsica, Matis collects favors and gathers leads to the location and identity of Le Gérant, but he is captured and blinded with lasers; Bond later saved him from imprisonment.

While investigating an opium deal gone wrong, Mathis discovered that the body was missing his tongue.

A younger version of Mathis also appears in the Young Bond short story A Hard Man to Kill. If it is considered canon that this is the first time the two met.

Mathis is spoken to by Bond via a phone call but was never seen in the 2017 one-shot comic book, entitled Solstice by Ibrahim Moustafa. He also makes his respective appearance in the graphic novel adaptation of Fleming's first Bond book, Casino Royale. 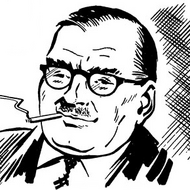 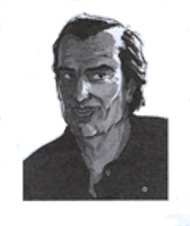 Retrieved from "https://jamesbond.fandom.com/wiki/René_Mathis_(Literary)?oldid=99267"
Community content is available under CC-BY-SA unless otherwise noted.