Rubavitch is the fictional mistress of KGB Head, General Pushkin. A minor Bond Girl portrayed by Australian actress and model, Virginia Hey, she appeared briefly in the 1987 James Bond film, The Living Daylights.

Rubavitch is the stunning mistress of KGB chief, General Pushkin whom she accompanies to the North African Trade Convention in Tangier, Morocco. She is in in the hotel room when James Bond confronts Pushkin about the KGB plot "Smiert Spionam" (Death to Spies). When Pushkin alerts his bodyguard outside the room Bond partially strips Rubavitch, leaving her topless and only wearing white panties, garter belt and stockings to distract the guard while Bond knocks him out. The spy orders her to lock herself in the bathroom while he prepares to execute the General. Suspicious of their mutual enemy, Georgi Koskov, and wanting to discover his plans, Pushkin agrees to stage his own assassination by 007 at the convention. Unaware of the plot, Rubavitch shows enormous grief and escorts his blood-smeared body. She is shown to be relieved when she finds out he faked his death.

Given the similarity of their names and appearance, there is some debate as to whether Rubavitch was initially intended to be Eva Reuber-Staier's secretary character Rubelvitch (1977-83) at an earlier stage of the The Living Daylights' production. Notably, the head of the KGB was originally penned to be Rubelvitch's superior, General Gogol; however, actor Walter Gotell was too sick to handle the major role, and the character of Leonid Pushkin replaced Gogol, who appears briefly at the end of the film, having transferred to the Soviet diplomatic service. 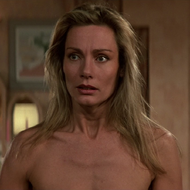 Retrieved from "https://jamesbond.fandom.com/wiki/Rubavitch?oldid=97507"
Community content is available under CC-BY-SA unless otherwise noted.