The Secret Intelligence Service (SIS), more commonly known as MI6 (originally Military Intelligence Section 6), or the Secret Service or simply Six, is the United Kingdom's external intelligence agency. SIS is responsible for the United Kingdom's human intelligence (HUMINT) espionage activities overseas, as opposed to the Security Service (MI5) which is charged with internal security within the UK. The Republic of Ireland also falls within MI5's remit. It was founded in October 1909 (along with MI5) as the Foreign Section of the Secret Service Bureau.

From Ian Fleming's 1953 debut novel, Casino Royale, Commander James Bond was employed by the semi-fictional "Secret Service". It has appeared in almost every subsequent story in the James Bond franchise. For the most part, the Secret Service has been subsequently identified with the real-life SIS/MI6 in continuation literature and films; one major exception being Jeffery Deaver's literary continuity, which placed Bond in a fictional department named the Overseas Development Group. Fleming's SIS typically operates under the cover-name "Universal Exports" and is comprised of subsections such as the 00 section and their research and development division, Q Branch.

Main article: History and development of the real-world SIS

The real-world Secret Intelligence Service was derived from the Secret Service Bureau, which was founded in 1909.[1] The Bureau was a joint initiative of the Admiralty and the War Office to control secret intelligence operations in the UK and overseas, particularly concentrating on the activities of the Imperial German Government. The bureau was initially split into naval and army sections which, during the First World War in 1916, underwent administrative changes so that the foreign section became the Directorate of Military Intelligence Section 6 (MI6), the name by which it is frequently known in popular culture today. Its first director was Captain Sir Mansfield George Smith Cumming. He typically signed correspondence with his initial C in green ink. This usage evolved as a code name, and has been adhered to by all subsequent directors of SIS when signing documents to retain anonymity.[1][2][3] The service's performance during the First World War was mixed, because it was unable to establish a network in Germany itself. Most of its results came from military and commercial intelligence collected through networks in neutral countries, occupied territories, and Russia.[4]

In the immediate post-war years and throughout most of the 1920s, the SIS was focused on Communism, in particular, Russian Bolshevism. At this time, the organisation was known in Whitehall by a variety of titles including the Foreign Intelligence Service, the Secret Service, MI1(c), the Special Intelligence Service and even C's organisation. Around 1920, it began increasingly to be referred to as the Secret Intelligence Service (SIS), a title that it has continued to use to the present day and which was enshrined in statute in the Intelligence Services Act 1994.[1] With the emergence of Nazi Germany as a threat, in the early 1930s attention was shifted in that direction.[5] During the Second World War the human intelligence work of the service was overshadowed by several other initiatives run by the Government Code and Cypher School and MI5. Then-C, Stewart Menzies insisted on wartime control of codebreaking, giving him immense power and influence, which he used judiciously. [6] Despite difficulties the service nevertheless conducted substantial and successful operations in both occupied Europe and in the Middle East and Far East where it operated under the cover name Interservice Liaison Department (ISLD).[7]

Following the war and despite earlier Soviet penetration by operatives such as Kim Philby, SIS began to recover as a result of improved vetting and security, and a series of successful penetrations. From 1958, SIS had three moles in the Polish UB.[8] SIS operations against the USSR continued to gain pace through the remainder of the Cold War, arguably peaking with the recruitment in the 1970s of Oleg Gordievsky.[9]The real scale and impact of SIS activities during the second half of the Cold War remains unknown, however, because the bulk of their most successful targeting operations against Soviet officials were the result of "Third Country" operations recruiting Soviet sources travelling abroad in Asia and Africa.[10] The end of the Cold War led to a reshuffle of existing priorities; with the Soviet Bloc ceasing to swallow the lion's share. Instead, functional rather than geographical intelligence requirements came to the fore such as counter-proliferation, counter-terrorism, counter-narcotics and serious crime. During the transition, then-C Sir Colin McColl embraced a new, albeit limited, policy of openness towards the press and public; part and parcel with a wider 'open government initiative' developed from 1993 by the government of John Major. The existence of the SIS was not officially acknowledged until 1994.[11] In late 2010, the head of the SIS delivered what he said was the first public address by a serving chief of the agency in its then 101-year history.[12]

The Secret Intelligence Service is first introduced in Ian Fleming's 1953 debut novel Casino Royale, referred to simply as the "Secret Service". The service is said to operate out of an "office building near Regent’s Park" and is headed by Sir Miles Messervy, who like George Mansfield Smith-Cumming, goes by the initial M. The service is further fleshed out in the 1955 novel Moonraker, in which it is mentioned that the "Universal Export Co." is the cover for the Secret Service's offices in London. Along with other fictional businesses "Radio Tests Ltd.", "Delaney Bros. (1940) Ltd" and the "Omnium Corporation" they occupy the "big, grey building near Regents Park".[13]

Fleming's British Secret Service had its silver screen debut in EON Productions' 1962 film adaption of Dr. No. Notably, there is some discrepancy between the names given for James Bond's employer. When contact with the Secret Service's Jamaican station abruptly ceases, the Foreman of signals in their London radio room contacts "MI6 radio security control". However, when Bond's superior M gives his title, he describes himself as "Head of MI7". Strangely, the dialogue referring to "MI7" appears to have been the result of later dubbing, as the speaker's lips clearly say "MI6". In addition, the closed-captioning on the DVD release still says MI6. [14] It is unclear whether the radio control station featured at the beginning of Dr. No is intended to represent the Secret Service's headquarters, however by 1969's On Her Majesty's Secret Service its general location would be Whitehall, London.

From the 1995 film GoldenEye onward, the agency is consistently identified as "MI6" and is located for the most-part at the recently constructed real-world headquarters of SIS, the SIS Building at Vauxhall Cross in London. In 1999's The World Is Not Enough, its base of operations would temporarily move to a Scottish castle following a terrorist attack on the SIS Building orchestrated by the anarchist Renard. The Secret Service's designation and headquarters would carry over from the Pierce Brosnan era into the 2006 reboot of the James Bond film franchise (despite a peculiar temporary relocation in Quantum of Solace), until the building's destruction at the hands of Raoul Silva in Skyfall (2012) and its demolition in Spectre (2015). Following the events of Skyfall the bulk of MI6 (including M's office) would relocate to Whitehall, with their quartermaster choosing to operate from an underground workshop, accessible via a river-side tunnel beside the Millbank Millennium Pier.

In Ian Fleming's James Bond novels and the derived films, the 00 Section (or later in the franchise 00 Division) of MI6 is considered the secret service's elite. A 00 (typically read "Double O" and denoted in Fleming's novels by the letters "OO" rather than the digits "00") agent holds a licence to kill in the field, at his or her discretion, to complete the mission. The novel Moonraker establishes that the section routinely has three agents concurrently; the film series, beginning with Thunderball, establishes the number of 00 agents at a minimum of 9, with the likelihood of more. M first proposed the creation of the 00 Section in a meeting with other intelligence officials, to help fight the "ungentlemanly" secret war that began after World War II. It was founded with only three members, 007, 008, and 0011 in an attempt to prevent enemies from seeing patterns in their ranks.[15] Standard mandatory retirement age is 45 though various writers including Ian Fleming, Sebastian Faulks and John Gardner have contradicted this as a matter of Poetic License. Although Fleming only mentioned five 00 agents, others have been added over the years across various franchise media. It has sometimes been referred to as "O Branch".

Q Branch (or later in the franchise Q Division) is the fictional research and development division of the British Secret Intelligence Service (SIS/MI6). The branch is dedicated to developing tools for agents to use on the field.

I branch is the fictional informatics division of the British Secret Intelligence Service (SIS/MI6). The branch is dedicated to breaking codes and security protocols. It is a regular practice for I Branch to recreate Russian documents solely from the sounds of keystrokes on manual typewriters deep within the Kremlin. 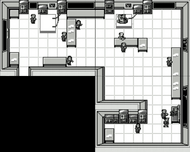 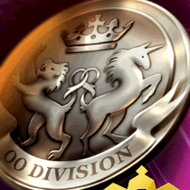