The Man with the Golden Gun is the twelfth and final novel written by Ian Fleming, featuring the fictional British Secret Service agent James Bond. It was published posthumously in the United Kingdom by Jonathan Cape in 1965. The novel was adapted in 1966 as a comic strip in the Daily Express newspaper, and in 1974 as the ninth film in the EON Productions James Bond series with Roger Moore playing Bond. 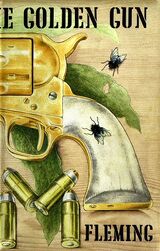 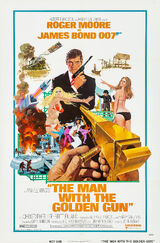 The Man with the Golden Gun (soundtrack)
(1974)
Retrieved from "https://jamesbond.fandom.com/wiki/The_Man_with_the_Golden_Gun?oldid=57567"
Community content is available under CC-BY-SA unless otherwise noted.