The Spy Who Loved Me is a James Bond novel by Ian Fleming first published in 1962. It is also the title of the tenth James Bond film and the third to star Roger Moore as James Bond. The Spy Who Loved Me was made by Albert R. Broccoli's EON Productions and was released in 1977. Notably, it was the first official Bond film not to be produced by Harry Saltzman, who had previously sold his shares of EON Productions to United Artists in 1975.

Fleming was never happy with the plot of the book and so only gave permission for the title to be used. Consequently the film tells a very different story, and was subsequently novelized by Christopher Wood. As such, it is considered the first wholly original Bond film and was the first Bond film to be novelized, instead of vice versa. The film's plot was subsequently adapted into a 1990 top-down shooter video game of the same name and a 2008/09 mobile video game, James Bond: Top Agent. 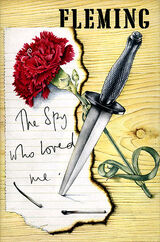 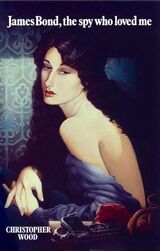 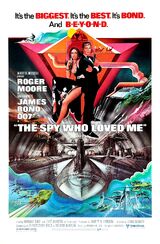 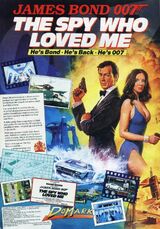 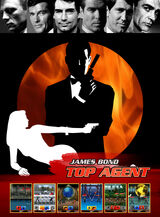 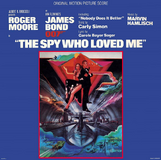 The Spy Who Loved Me (soundtrack)
(1977)
Retrieved from "https://jamesbond.fandom.com/wiki/The_Spy_Who_Loved_Me?oldid=96027"
Community content is available under CC-BY-SA unless otherwise noted.