The World Is Not Enough is the nineteenth official James Bond film made by EON Productions and the third to star Pierce Brosnan as Ian Fleming's secret agent, James Bond. It was released in 1999, and produced by Michael G. Wilson and Barbara Broccoli. The World Is Not Enough was the second of three Bond films to be adapted into books by then-current Bond novelist, Raymond Benson. The film was also subsequently adapted into a video game of the same name. 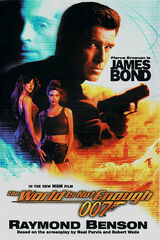 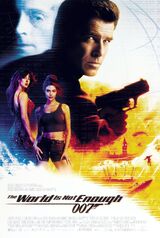 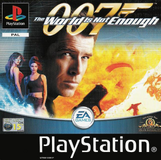 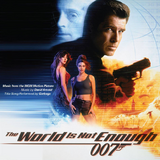 The World Is Not Enough (soundtrack)
(1999)
Retrieved from "https://jamesbond.fandom.com/wiki/The_World_Is_Not_Enough?oldid=95922"
Community content is available under CC-BY-SA unless otherwise noted.